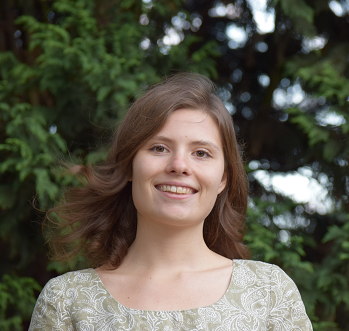 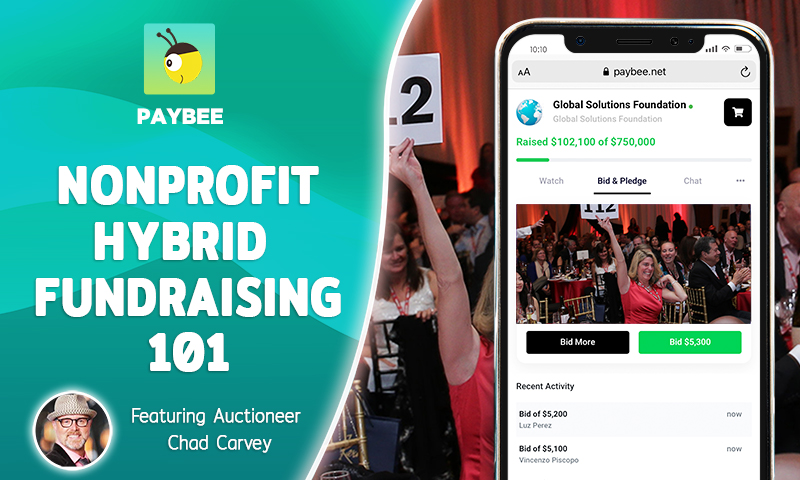 When you decide to hold a fundraiser, you shouldn’t have to make a binary choice between either an in-person event or an online fundraising approach. Hybrid events give you the best of both worlds — you can offer all the personal touches a physical location provides while skyrocketing your reach. In the case of auctions, hybrid fundraising can be particularly powerful. At Paybee, we’ve seen clients more than double their guest list and donations targets by opening the gate to donors from across the world. Why would you pass up an opportunity like that?

If you’re struggling to get your head around what exactly a hybrid auction looks like, you’re in the right place. We consulted Chad Carvey, an auctioneer with three decades of experience, to talk us through the process — along with how using Paybee makes everything as easy as possible.

Is making your in-person event hybrid worth it? Costs and benefits

When nonprofits are accustomed to holding in-person events, they can often take some convincing that it’s even worth switching to hybrid. Will all that extra effort and the upfront investment really pay off, you might wonder?

In almost all cases, the answer is a resounding “yes.” It’s true that there are additional costs involved in going hybrid — at least $2,000-2,500 depending on the tech needed — but opening up your event to virtual guests means that you’ll usually make more money. As a nonprofit, you should already have a mailing list of supporters, social media followers, or even friends and family that you can call on to attend. How many of them might be unable to make it to a physical event but manage a virtual one?

As a rule of thumb, if you think 10-20 extra people could attend by making your auction a hybrid one, it’s worth doing.

Chad also outlined some additional considerations to be aware of. When it comes to filming, he likes to use two camera feeds —one on the podium filming the auctioneer directly, and another facing the crowd in case the auctioneer walks out and interacts with the audience. Every donor should feel part of the gala, no matter where they are, and this system ensures virtual guests never get left out.

If you’re running an event on a larger scale that’s likely to be more profitable, you could also consider hiring a cameraperson to follow the auctioneer at all times.

Before we get into the finer details of how hybrid auctions run, it’s also important to be aware of some critical differences between the format of hybrid events and their in-person counterparts.

The auctioneer’s role certainly changes. In a hybrid auction, everyone has bidder numbers (even in-person attendees), and auctioneers need to call these out instead of simply pointing to people in the audience or describing their appearance. Plus, they have to simultaneously look at the camera, the crowd, and their notes — it’s far more complicated to keep track of everything.

As for the guests, those who are physically present at the auction will need to hold their bidder number up until the auctioneer sees it instead of making an ultra-quick gesture.

Hybrid auctions are flexible — you can make them work for you.

For instance, some auctioneers like to move around instead of constantly looking at the camera in front of them and staying on the stage. To do this, they can work with a spotter who prompts them to check the feed only when necessary or make their cohost an assistant who tells them when there’s been an online bid.

How a live auction works

Now, let’s get to the core of this article: a breakdown of how live auctions work for virtual events.

First, the auctioneer talks to the guests, giving them an explanation of how the event will work — including letting both in-person and virtual guests know how the bidding process works and alerting online donors about the chat function. Hybrid auctions held over Paybee contain a live chat which details what’s happening at the event in real-time, including a final countdown for each item. This is essential for anyone experiencing slow internet.

Before the bidding begins, an auctioneer might kickstart the event with some trivia or another warmup activity to set the atmosphere. Then, when an item is introduced, there’s often a video or cameo to give further details.

The bidding process itself is simple enough for those involved — in-person guests hold up their paddles, while virtual guests enter in a number through their devices. It involves more work behind the scenes, but we’ll delve further into the clerking process later.

One option is to provide an “add to cart” button, which allows an item to be bought by several people for a fixed price. This is often used when the bidding reaches a predetermined number, meaning the vendor is willing to sell multiple items (but of course, there’s not always more than one item available).

In addition to classic auctions, you might want to throw in a fund-a-need auction, meaning donors are urged to donate fixed figures representing funding for a specific purpose. For example, there might be one auction where everyone donates $1,000 to fund a vacation abroad for a young carer, and another auction where everyone donates $500 to finance one week off work for a young carer.

Usually, the auctioneer will begin by offering everyone the chance to donate an amount even higher than the greatest fixed amount (in the example above, anything over $1,000). Then, the auctions will progress from the highest amount to the lowest amounts.

Auctioneers may also give donors the chance to dedicate their donations to someone — either in the chat for virtual guests or out loud for in-person guests. This is a great way to incentivize generosity.

To really understand how hybrid auctions work, it helps to know what’s going on behind the scenes.

At Paybee, we aim to facilitate an experience that mimics your normal processes as closely as possible and keeps things running smoothly. When paddles are raised, a clerk enters the bids in real-time to keep the system updated so everyone is on the same page. We also create a cart for each donor, and when they win an auction, the irrelevant item goes into their cart; then, at the end of the event, everyone can check out (either a self-checkout with QR code or with the help of a volunteer).

This prevents the complicated nature of hybrid events from causing any interruptions.

We typically train a nonprofit’s staff to run all relevant processes themselves, so there’s no need to worry about technical know-how holding you back.

Roles involved in the process

A producer controls what different people see and do — the main players being the auctioneer, audience monitor, and clerk. They have a single-screen interface with options for auctions pre-loaded (such as last hero or fund-a-need), and they can then choose the type of auction they want and click “present.” The producer can also enable other features and control what other people see, giving them the most crucial role.

On their screen, the auctioneer sees how much has been raised and all the pledges that have come in (and who made them). This ensures they can keep everyone involved.

Finally, we have the clerk. Being able to enter live data as fast as possible is one of the most important parts of live auctions, and the clerk is key to this. Paybee syncs automatically with the bid increases taking place, and all clerks have to do is enter in the paddle number of the person bidding — allowing everything to run quickly.

It’s essential to keep your hybrid event in sync for virtual attendees and those in the room, which is almost impossible without a little extra help.

On a smaller scale, it may be possible to forgo specialist software and take a DIY approach. However, the more attendees your events attract, the less feasible it becomes to do everything yourself without help from a tool like Paybee. As a rule of thumb, Chad says that 400 guests is the cut-off point for when software becomes essential.

Besides, this isn’t just about running the auctions themselves. We also provide an end-to-end experience — meaning we’ll help you with selling tickets, building your guest list, generating numbered paddles for bidding, and everything in between.

On paper, deciding to go ahead with hybrid fundraising is an easy choice. It practically guarantees you greater exposure and more donations. Yet despite these clear advantages, getting started can be tough if you’re brand new to virtual fundraising. Maybe you feel that you simply don’t have the time or resources to figure it all out.

Fortunately, using a dedicated platform like PayBee removes this problem. With all the features you need to ensure your hybrid auction runs smoothly, there’s no longer any reason not to get involved. The best part? You can try it out using our free demo.

Sarah is a freelance writer with experience writing for clients in the commercial and nonprofit world alike. To find out more, visit her website: https://sarahlbromley.com/ 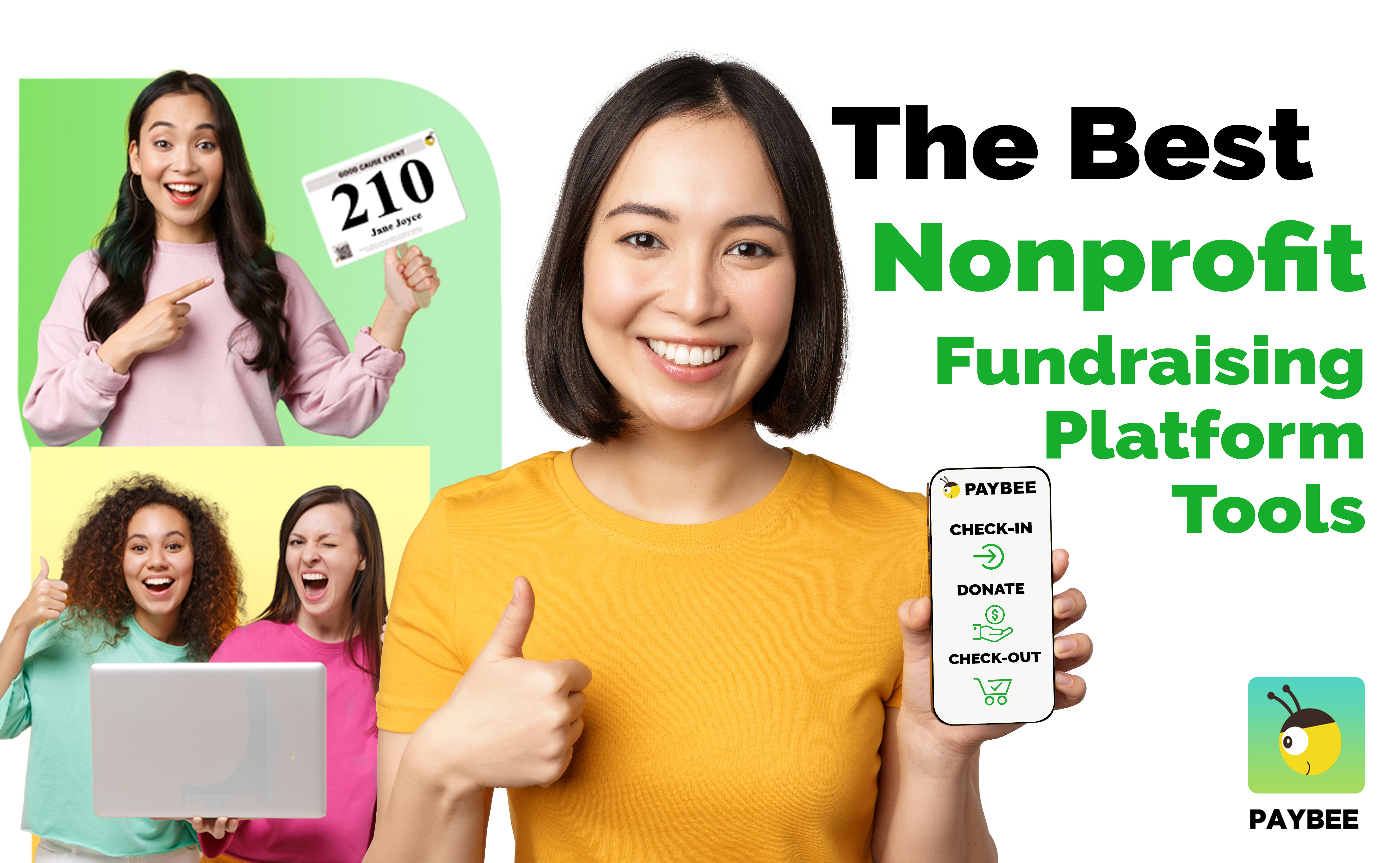 What are the Best Fundraising Platform Tools for Your Nonprofit?

The best fundraising platforms allow you to build, promote, and host a variety of nonprofit galas, but which one is right for you? 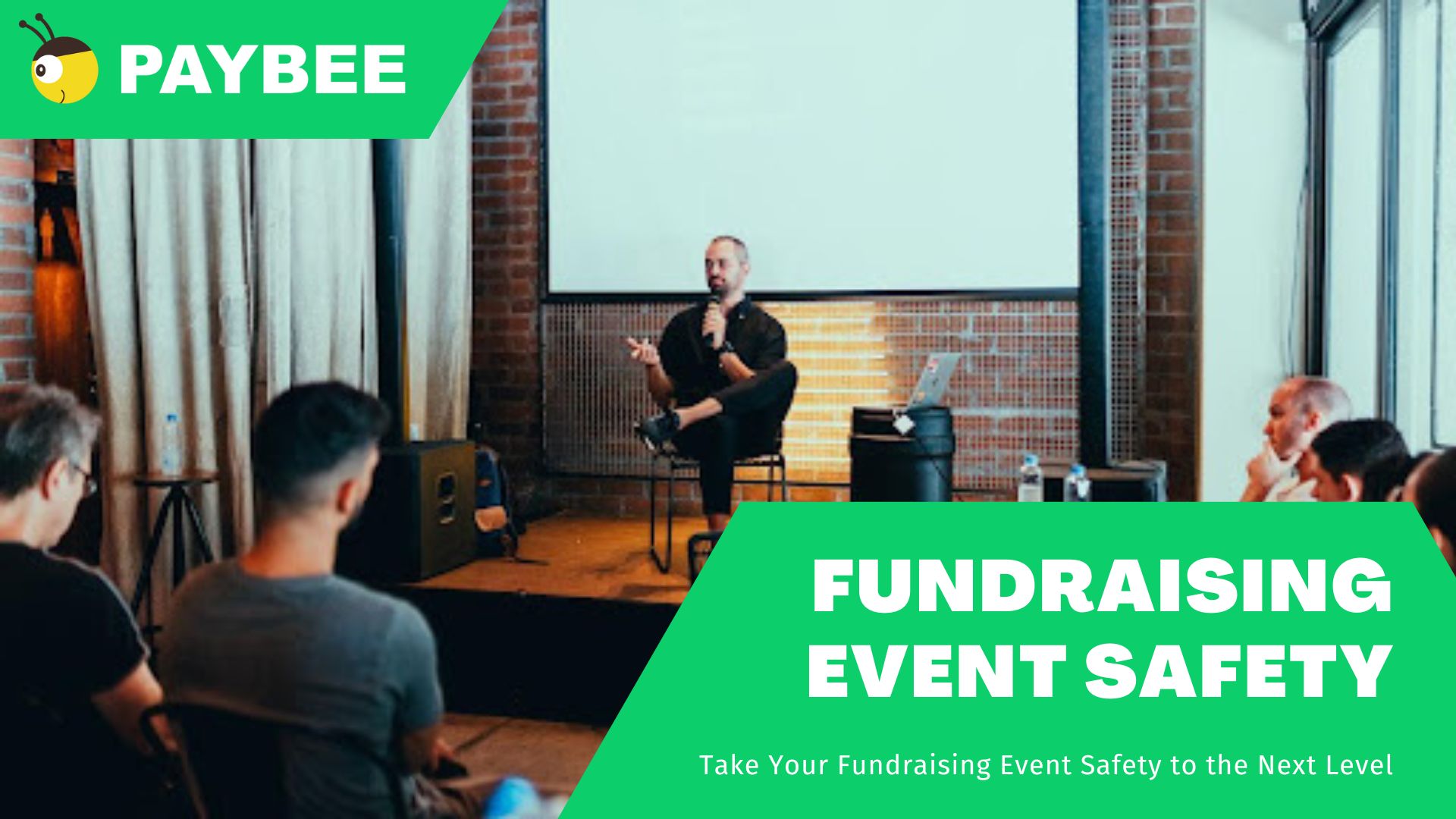 Improving the Safety of Your Fundraising Event

Fundraising events are key for nonprofits but safety must be a priority. Minimizing physical hazards & securing donor information are crucial for a safe event. 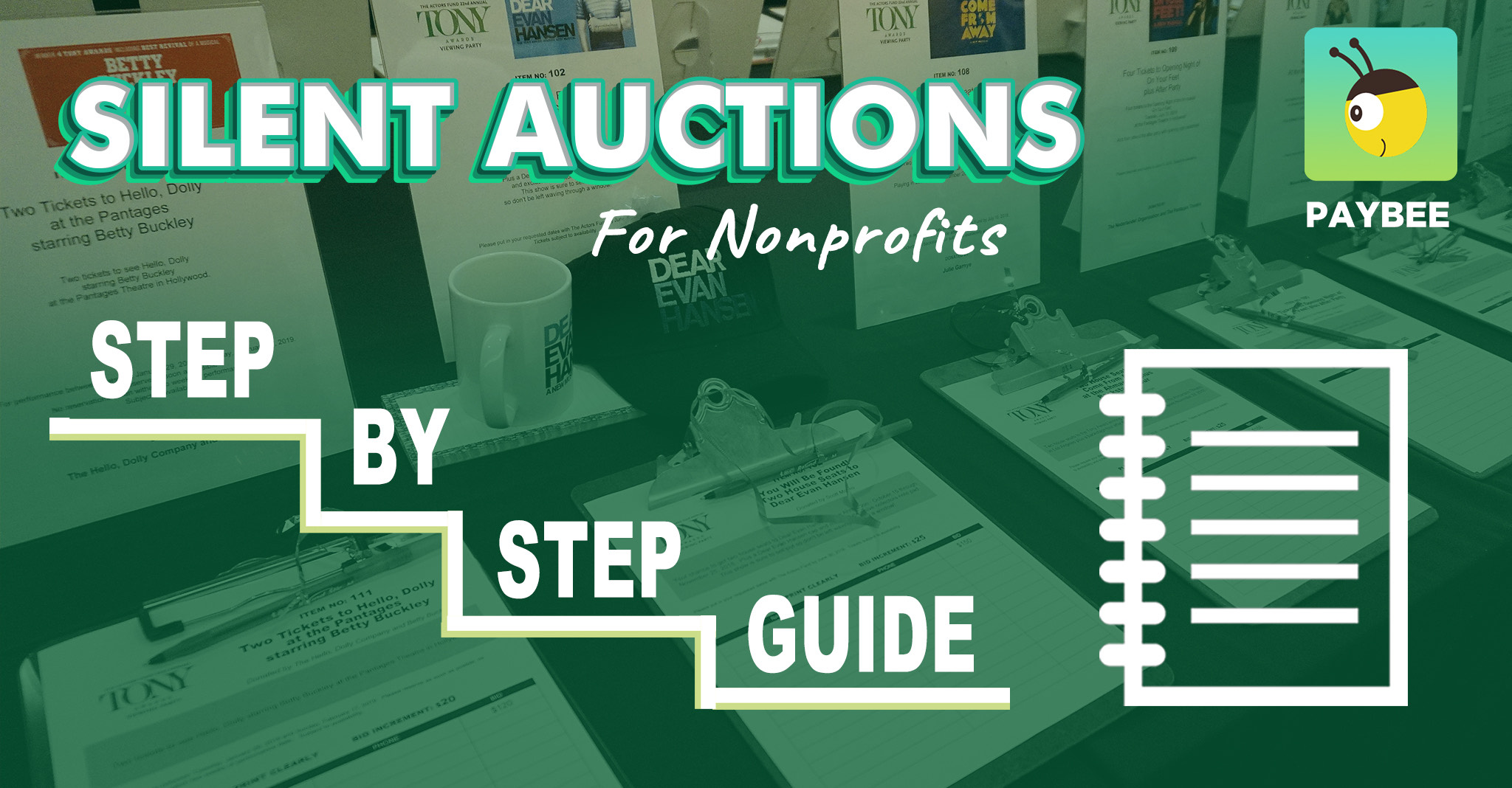